The 1st Slough Company has had a long tradition of music having in the past had both brass and bugle bands, and in more recent times, a drum corps and percussion band.
The brass band was formed in 1938 under the direction of Fred Ketch who wrote the BB Bugle Band Handbook which is still available today. Under his expert guidance, the brass band developed in numbers and musical ability and reached

Band practices are held on Friday evenings at 8.15pm towards the end of the Company and Senior Evening.
See practice dates below:

its zenith in 1952, winning the London District Brass Band Shield (just seven years after the band was formed). In 1951, the company bugle band also won the London  District Devonshire Cup. Since the mid 1970’s, the band has principally been a drum corps with bell lyres  and other percussion.

Further information on the earlier phases in the life of the 1st Slough Company bands can be found in our 1983 History page. Currently, all our boys in the band are under the direction of Bandmaster Chris Christie and Captain Ralph Chaplin.

The Drum Corps is for boys aged 9 years of age and over.
Boys can start out with beginner classes in Juniors.

Another very positive and rewarding aspect of the work with Drum Corps over the past few years has been our involvement with the London District Massed Bugle Band. A number boys in the Drum Corps have taken part in the events of Big Band including playing in the Lord Mayors Show Parades, at the London Marathon, at the Family Festival in Hyde Park that formed part of the 2012 Queens Jubilee celebrations and many others.

Results can be found on the events page. For a video of the competition is to the left.

Boys who may wish to join, must be a boy in the 1st Slough Boys’ Brigade. We are always pleased to have more band members, although spaces may be limited. For more information. 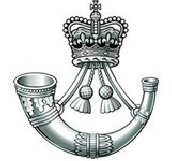